With over 75 years of collective Netop experience, the leadership team is a solid core of professionals with backgrounds in education, parenting, camping, nursing, coaching and business. Lisa and Tom joined the Netop team in 2020, both coming in with over 30 years of camping experience. They were attracted immediately by the Four Spokes philosophy, down-to-earth atmosphere, platform tents and many Netop traditions.

Lisa is from Long Beach, New York and spent 8 summers as a camper at Frost Valley YMCA camp in upstate NY. She has a degree in Adventure Education from Plymouth State University and spent her college summers working as a counselor and wilderness trip leader at an all-girls camp in Wisconsin (Birch Trail Camp for Girls). That is where Tom and Lisa met and they bonded over their love of the outdoors, the camp culture and their mutual dream to one day be summer camp owners. Lisa has worked as an environmental educator for the Appalachian Mountain Club in New Hampshire, taught snowboarding in Colorado and became the Assistant Camp Director at the Keystone Science School in Colorado. For the past four years, she was the Director at Camp Sloane YMCA in Connecticut.

Tom is originally from England and spent his childhood years in Germany, Scotland & Switzerland. He spent many years in summer camps in the U.S. as a counselor, program leader and director. Tom completed grad school at the University of Edinburgh, Scotland, with a Masters in Outdoor Education Tom’s second passion is skiing and during the school year he is an Adult Ski School Manager in Breckenridge, CO.

The Thatchers live in Dillon, CO from September-May with their two boys – Aidan and Sebastian- and their dog, River. During the summer, the whole family lives at camp. Andrew joined Netop in 2007. He has been a camper, work staff, counselor and Head Counselor at Netop. Andrew (aka “AC”) has been involved in all aspects of Netop’s program from sports to sailing to wilderness trip leading and woodworking. Andrew is responsible for staff leadership, facilities management and program planning. Having graduated from the University of Maine, Farmington, Andrew is a special education school teacher in Mount Desert Island, Maine. 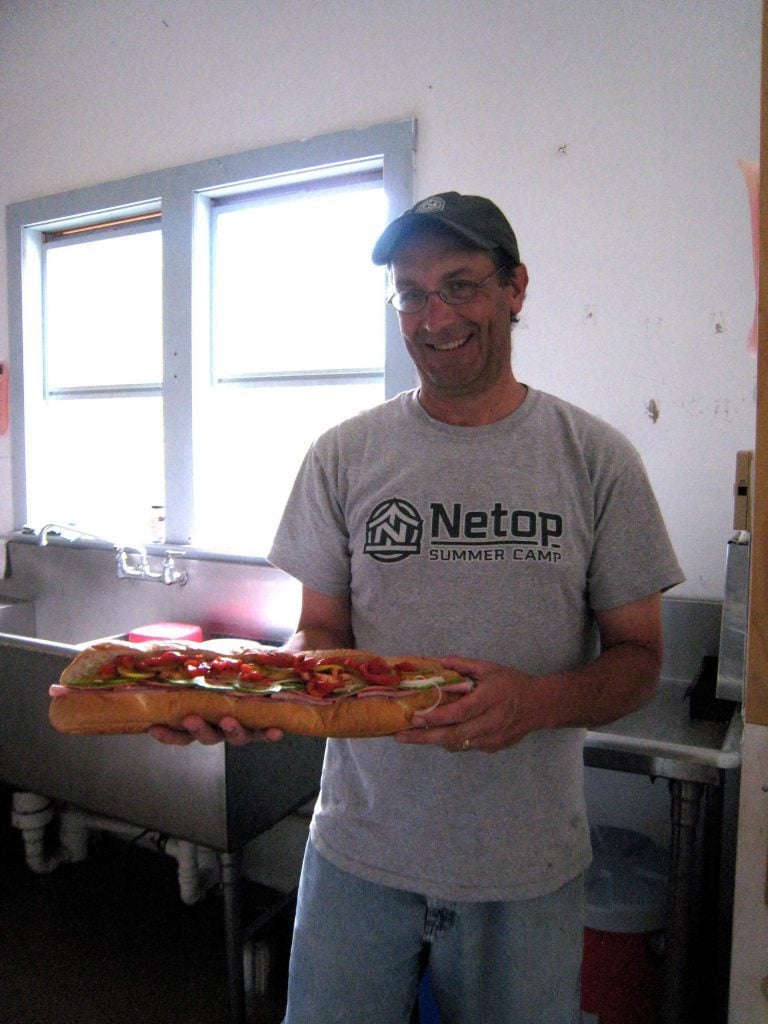 Jon has been Netop’s head of food program since 2007. He ensures that all Netop campers and staff maintain a healthy and balanced diet at camp. Jon supervises other Netop kitchen personnel and manages all meal planning, food ordering and preparation. Jon has an extensive background in food service. During the school year, Jon manages the food operations for the school district in the Cumberland/Yarmouth, ME area. He and his family reside in Casco, ME. Jon attended the University of Southern Maine.

What I like most is the welcoming atmosphere and friendliness of the other campers and staff.